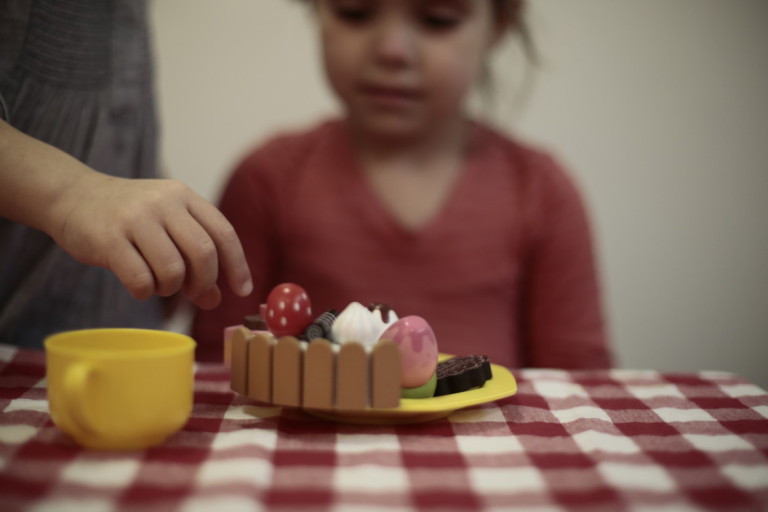 Our practice offers a unique, multidisciplinary approach to working with families.  Lots of clients ask what this means!  To try and explain – we wanted to share this video together with the observations different kinds of therapists make when they watch children at play.

Here’s a video of 2 little people, (aged 4yrs and 20 months), playing a Simon Says game.  A therapist from each team watched the video and then commented on what stood out to them most.

What the Speech Pathologist said: It was lovely to see the older child “scaffolding” the language of the younger child. She instinctively knew he might not know where the body part was, so she showed him each time, and really praised him when he got it right! This is a lovely game to play to help children learn to listen to, and name, body parts and other vocabulary items.

What the Occupational Therapist said: The development of imitation and body awareness is really obvious for this little 20 month old. He attempts to imitate “shoulders” but puts his hands in his armpits instead, and has to work hard to get his hands up to his shoulders! Kids who struggle with an awareness of where their body is in space can really benefit from this kind of game.

What the Psychologist said: It was great to see the clear attachment and relationship between these two children. The younger child looked to the older one for guidance and there was clear enjoyment of the roles they were playing, meaning the children receive lots of reinforcement from each other for playing this way. The younger child even tolerated being pushed around by his sibling for the fun of the game!

What the Music Therapist said: The use of a repetitive and a familiar song and rhythm pattern is a wonderful way for children to develop their listening, language and motor skills. Best of all – they’re doing it all by themselves just because the song is familiar!

What the Play Therapist said: The children clearly have a strong relationship and are comfortable engaging and enjoying each other’s play and interaction. It’s lovely to see the imaginative play of the younger child – he was clearly in the middle of acting out a fireman scenario (with his hat and fire truck) before being engaged by the older child’s singing and moving to join her. He’s pretty quick to depart once his attention is no longer held!

As well as keeping you up to date with the latest news in our team, the Talking Time blog is a collection of informative, practical articles about speech, language and communication. The articles you'll find here form part of our Talking Time program, a community resource with a focus on language and communication development. Many of the articles have been developed for Mother's Groups, published in parenting magazines or used at parent training sessions. We hope you'll find something here to ignite your interest, whether you're a parent, teacher, parent or friend.